Not trusting the bank, the man rented a whole house to keep the money who suspected it was stolen

Police have arrested 11 suspects with a total stolen property of more than 3 billion VND, the “oligarch” is the grandson of the man.

Despite the many benefits, incidents like data leaks, illegal money transfers, and countless other scams aimed at “gutching” bank account holders have left many people feeling uneasy. when using the services provided by the bank anymore. The story of the Malaysian man below is a typical example.

Specifically, because he no longer felt confident in the bank, this man decided to protect his own assets. However, despite having devised a rather sophisticated and “difficult” technique, it seems that human calculation is not as good as heaven’s calculation. In the end, he still had to “distort his face” because the ending could not be more awkward. 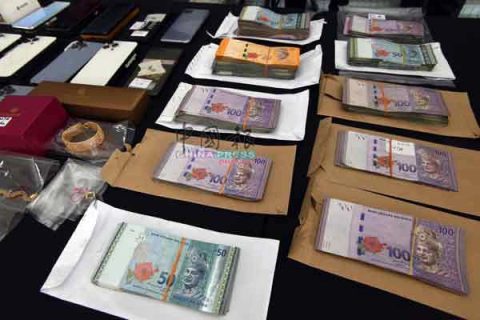 According to Malaysia’s World Of Buzz, the main character in the story is about 30 years old, married and quite wealthy. But unlike most people, he didn’t want to put his money in the bank because he felt unsafe.

So, from 2020, the man and his wife have rented a whole house just to store money and other valuables. I don’t know if he often went to the house to check his belongings, only on August 24, when he was about to go to this house to collect money, he was suddenly “dead” because he discovered Someone broke in and stole quite a bit of stuff inside. The man’s property and exhibits were seized by the police

Specifically, the amount of money stolen was 434,000 Ringgit (equivalent to more than 2.2 billion VND), along with many other artifacts with a total value of about 200,000 Ringgit (more than 1 billion VND). Because he was so scared, the man rushed to the police station to report the case.

A week later, police announced they had arrested 11 suspects. In particular, the number 1 suspect is his nephew. Most of the stolen money was used by these people to buy: Thieves used this property to buy many motorbikes, cars and phones

It is known that these 11 suspects are all being arrested and can be tried under section 457 of the Malaysian Penal Code, for illegal entry and theft of property.