While the boss fight was seen as counter-climax and the Wano part dropped, Oda sensei is on track to deliver a very good ending to it. Free 4 weeks of One Piece ? Incorrect. For these 4 weeks, Weekly Shonen Jump will be posting storyboards of One Piece that never had a chance to make it into the final story. They abandoned the idea. It will be fun to see what Oda sensei cooked.

Last time, we made an extensive list of unresolved issues from this section. The latest chapter has answered some of them. We hope that this opening by Wano will be devoted to answering more of those unanswered stories.

Looks like the Wano arc isn’t over yet. Well, the break is not a sign of the end. Wano will probably continue for a few more Chapters and so whatever will be in One Piece 1054 spoilerwe are very pleased to see.

If we had to guess, we would say that Wano will end around Chapter 1060.

You’d better relax now, as spoilers are finally here after a month’s break.

Chap’s name is Entei, or Flame Emperor. Remember, Ace had an attack of the same name. Admiral Ryokugyu’s loggia is Mori Mori no Mi, which means Forest Fruit! In this Chapter, the scabbard encounters the Admiral, and Yamato joins the fight. However, Momo comes to put an end to all this madness. Shanks and his crew are near Wano! And from the looks of it, they wanted to meet Luffy. However, Shanks wanted to deal with Bartolomeo first. Going back to Chapter 875, the cover story shows how Barto slaughtered Shanks’ Jolly Roger and replaced it with the Straw Hat sign. Shanks stated that it was finally time for them to pursue One Piece. In the news, we see that Sabo killed King Nefertari the Cobra of Alabasta! Returning to Reverie, he leads a mission to rescue Kuma from the Celestial Dragons. And it looks like he succeeded! Around the world, Sabo is being called the Emperor of Flames! At the end of the chapter, we see that Akainu, Kizaru and Kurouma are meeting. Kurouma, or Tensei, is a new Vice Admiral who is in charge of the Marines’ investigative unit. Together, they are scrutinizing Levely’s events. Next week will not be off.

We’ll get spoilers for One Piece Manga 1054 around July 23, 2022. Yes, that’s been a long wait. Directly after the end of the hiatus, there will be new leaks and we will bring them to you.

Unless, of course, there are early spoilers, that means we’ll be writing about them sooner. 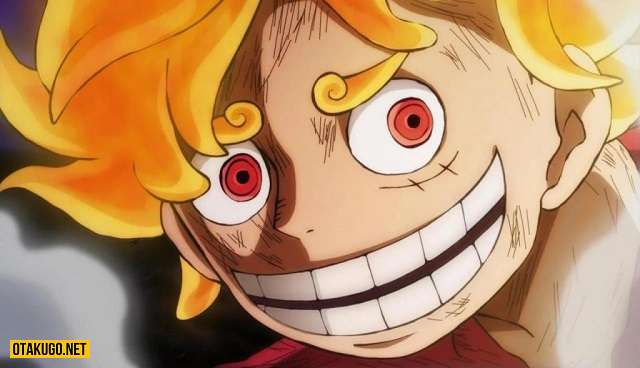 Theories and predictions in One Piece Manga 1054

Since the breakout is still happening, many new theories have been circulating the net. We recently shared a bunch of them on our website.

One of them is that Ryokugyu is in Wano to capture Luffy, and the second is the theory of how Pluton was in Wano.

What are your thoughts on this theory? Please share some of your thoughts in the comments section while we wait for the official English version of Chapter 1054.

There’s this little theory that Ryokugyu might just be Zoro’s father! We wonder, could it really be true?

Will he be a master swordsman since he has a sword with him? Or does he rely more on his tree abilities? We’re excited to see more of the new Admiral in One Piece 1054 raw scan.

News about the Big Mom Pirates, mention of Pluton, and Toko’s story are a few that have been addressed here.

We hope to witness the reveal of Onis and the numbers in the manga One Piece 1054 because that part of Beast Pirates was really interesting.

This chapter starts with the admiral torturing the King and Queen. Both disasters were handled by Zoro and Sanji. The admiral reached them while they were descending.

He has taken over Udon and is doing his own thing there.

This tells us that admirals are actually the main force behind the marines. Ryokugyu says that Admirals can take down Yonkos commanders.

That speaks to their strength. Their power drives Chap on the world government agenda. The current ones, Akainu, Kizaru, Fujitora and Ryokugyu will eventually become some of the toughest opponents for our heroes.

Scans One Piece Chapter 1054 will focus on Ryokugyu’s next move. He is a special character who openly wants Akainu’s approval. And for that, he has a plan to do something about it.

We can sense, this is going to be something huge. We can’t wait for the next Chap to see what he does. 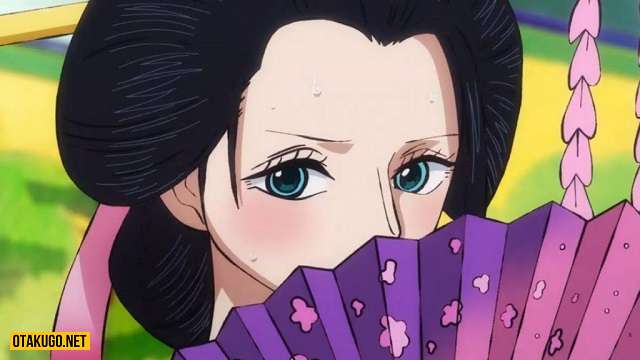 What is happening in the outside world?

Two of the Yonko fell. This is way too big to be concealed. And the Morgans wasted no time. At Mariejois, the Gorosei were annoyed that Luffy’s D still appeared in his bounty poster.

We were told that Cipher Pol met with the Big Mom Pirates and they may have been taken out.

This means that the Big Mom Pirates don’t just roam. They will definitely try to rescue Mama from magma. Will they be successful? We will see it in One Piece Manga 1054.

The world has news. 3 billion bounty has been given to Luffy, Law and Kidd. Looks like they’re tied up now. However, Luffy was still ahead of the other two.

In addition, we see in a panel an image of Sabo. This is a harbinger of something big and we are excited to learn about it.

What is happening in Wano?

The festivities have begun. A big party was arranged for everyone and Jinbe enjoyed the delicious food. Meanwhile, Luffy is raging with food.

His mood is better than ever and his belly is getting loads of food. Ryokugyu will be joining this party in One Piece 1054 English chapter.

All the people of Wano were delighted when they saw the food provided for free. The celebration is absolutely grand. Kidd came to shoot Luffy.

But our protagonist is not in the mood to fight. He simply tied Kidd to the party! In a flashback, we see that Luffy has denied all the credit for the victory. He wants to be a pirate, not a hero.

What will Robin do in One Piece Chapter 1054?

This is the second interesting part of Chap. Robin meets Tengu, who is actually Kozuki Sukiyaki.

He was captured by Orochi and when he escaped, Wano was engulfed in flames. Oden is destroyed and the country is enslaved.

He was powerless to do anything. However, he learns that Toko is Hitetsu’s niece and thus, accepts her. He knows about Pluton! We’ve been looking for Pluton for a long time and we’ve finally come close.

One Piece Manga 1054 spoilers will reveal the existence of Pluton in Wano. Honestly, we still believe that Momo is a pluton, that’s why he said he must be alive.

We will publish the paper on the theory while this hiatus lasts. So stay tuned for all One Piece manga vandalism and raw scan news on Recent Highlights.

One Piece 1054 The break will last for one month. From June 21 to July 25, 2022. After the break is over, we will continue with the plot, right from where it was left unfinished.

On July 27, 2022, we will receive a rough scan of One Piece 1054. It will be a giveaway in that week’s Weekly Shonen Jump Issue and will be scanned and leaked to fans online.

Once the leaks are revealed, it will be time for the text spoilers, followed by an English translation of Chap’s fan to be released. We expect the date to be July 29, 2022. And you have to google to find Chap.

Finally, on July 30, 2022, we will officially release the English scan of One Piece Chapter 1054. This chapter will be available legally and for free on the Viz website, the mangaplus website, and the shonen jump app.