Revealing the cause of the father of ‘Yugi Oh!’ passed away

On July 6, manga creator Yu Gi Oh! Kazuki Takahashi (real name Kazuo Takahashi) has passed away at the age of 60. The Japanese Coast Guard said Takahashi was found dead near the city of Nago in Okinawa.

On July 6, Takahashi’s body was discovered by a boat passing the coast of Nago city, after which the boat owner informed the coast guard. When it was discovered that Takahashi was still wearing snorkeling equipment, the investigation agency made the first inference that the manga legend might have been in an accident while scuba diving. In the days since the news was announced, many people have paid tribute to Takahashi, including Konami Publishing, the publisher of Yu-Gi-Oh!. 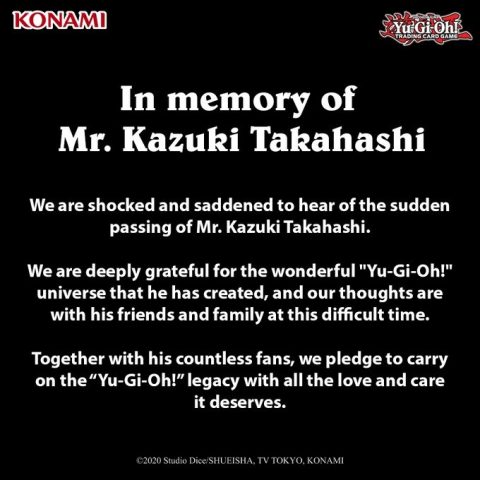 The text of the tweet: “We are shocked and saddened to learn of the sudden passing of Mr. Kazuki Takahashi. We are so grateful for the Yu Gi Oh universe! that he created, we extend our condolences to his family and friends at this difficult time. Together with his countless fans, we are committed to continuing the legacy of Yu Gi Oh! with all the love and respect it deserves.”

Until today, Yu-Gi-Oh! continues to be a hugely popular franchise product. It was Takahashi’s manga that inspired card games, anime, games, and spin-offs. Although the late author has gone away, what he has created will live forever in the hearts of fans.

See more: Wife holds a marriage certificate and runs 50km to catch her husband having an affair