Shanghai’s most frugal family: 14 years without turning on the air conditioner until…

Sherry believes that her family’s lifestyle is to immerse herself in nature and feel the freshest and freshest things.

In 2018, Yitiao newspaper interviewed Ms. Sherry Poon at her home in Shanghai. She and her husband and three children live in an old-fashioned house of 80 square meters. 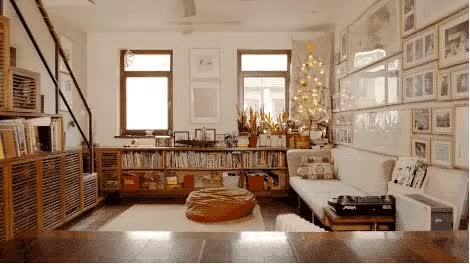 It is known that the house was remodeled by her husband and wife in a minimalist style, making the most of natural light, ventilation, air conditioning, etc. That’s why for many years now, her family no longer needs it. air conditioning, both summer and winter. Therefore, Sherry humorously said that her electricity bill is no more than 100 yuan (nearly 350,000 VND) every month.

In July this year (2022), Shanghai suffered a heat wave of 40 degrees Celsius for a week in a row. Reporter Yitiao again goes to Sherry’s house. In the midst of this scorching heat, how will a nature lover like Sherry cope? Moreover, did the last 2 years of the epidemic make them live with the concept of environmental protection anymore?

Sherry and Raefer are Canadians, living in Shanghai for 21 years. From December 2007, the two moved to an old house of 80 square meters. Up to now, the house has been somewhat cramped with 3 children and 1 more cat.

14 years of existence, but the Sherry couple does not need to remodel too much, because its “bones” under the hands of her and her husband are extremely strong and healthy.

Sherry and her husband are both talented architects, it’s no wonder that they have put a lot of effort into building a house for their family. All windows in the house were changed to double-glazed and installed as tightly as possible. In addition, on the roof, the bathroom and the attic bedroom of the two daughters are fitted with 5 skylights to provide natural light for the entire house.

The outside is covered with an insulating paint, minimizing the effects of hot or cold days. 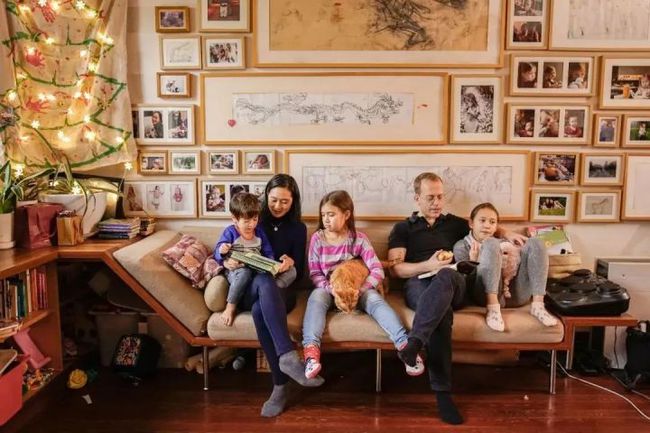 The interior of the house is mainly used wood material, according to Sherry, wood is both cool in the summer and warm in the winter. To increase aesthetics as well as save materials, the Sherry couple designed the items in a special way, trying to make use of the space significantly.

Tables and chairs used for more than 10 years, only replace the leather cushion above. Wooden floors and tools are all processed from pressed wood. Low cost, ensuring aesthetics, can be disassembled and assembled easily, environmental protection.

Over time, the house also seems to be a little older, but overall remains unchanged. At the most, only smooth the wood floors, the corners of the walls are peeling; exchange the refrigerator and washing machine used for ten years. After the epidemic in Shanghai is under control, the Sherrys will repair the toilet and the plumbing in the toilet. 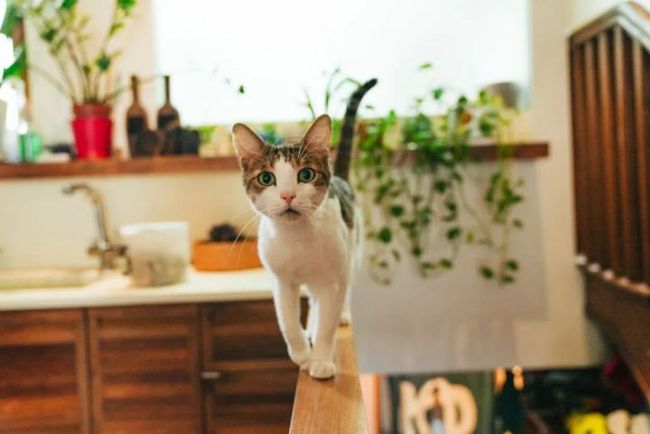 Sherry shared, during nearly 2 months of the city’s blockade because of the epidemic, 5 members and the cat gathered together in this house. Their three children study online, and Sherry and his wife also work from home, making the house a bit noisy, but no one seems to be complaining.

With the original purpose of wanting to learn about Chinese culture, the Sherry couple chose a house tucked away in a small alley. To get to her apartment, the reporter had to go through the shared kitchen of 3 neighboring households. Both husband and wife do not like crowded residential areas.

Usually passing by the shared kitchen, Sherry often struck up a conversation with the neighbors for a few sentences. The two sides gradually became close friends.

Sherry shared, if she changed houses or changed places, her family would still choose houses in the style of “in harmony with nature” like this.

How has the epidemic affected the Sherry family?

During the blockade epidemic, Sherry was asked by many friends if she still maintains the habit of living to protect the environment? Because whether Chinese or foreigners are under the same pressure and difficulties.

Sherry always carries a cloth bag with her when she goes to the market and asks for a paper bag at the supermarket. However, the epidemic caused the city to be locked down, she could only buy things online, so it was difficult to control the amount of plastic used in the store.

At the same time, the couple also has concerns that their work will be affected by the epidemic. Three children at home learning online. Sherry always inquired and cared for them because they were afraid they would have psychological problems.

Therefore, Sherry’s family is forced to use disposable plastic items such as masks, plastic bags… Especially in this period, protecting health and maintaining optimism is the top concern. Many environmental protection living habits are really impossible to maintain.

But according to Sherry, we can live to protect the environment in a more proactive way. For example, daily food bags are kept by Sherry for reuse for other purposes. Sherry makes her own yogurt, uses fruit peels and vegetable scraps as fertilizer, makes her own soap bars, and even makes clothes for her children in her spare time. During the difficult epidemic period, the whole family cut off small expenses, ate healthy, did not order food online, and shopped at the right time, in the right season, enough and needed. 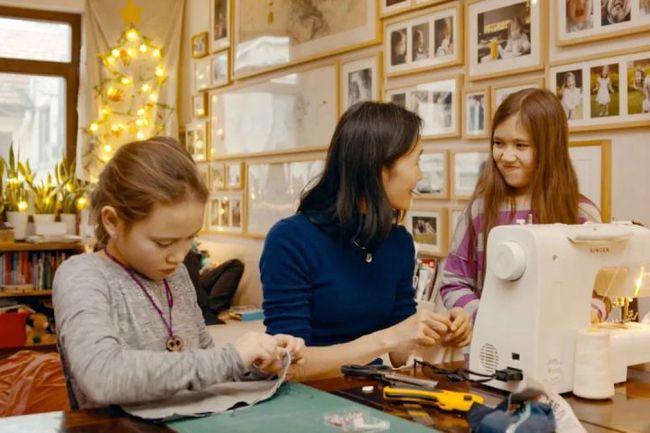 Sherry believes that the epidemic makes people love nature more, prefer to go to fresh and clean places, to mingle with heaven and earth.

With the epidemic raging, everyone is aiming for a simpler life. Sherry’s family of 5 has lived a very minimalistic life and is now even more minimalist. You may think that Sherry’s house is supposed to be too modern, so it’s not minimalist. But you are wrong about the true definition of minimalism.

Take a look at the Sherry couple’s house! Every corner is extremely tidy, in harmony with nature, full of sunshine and green trees. Even the mentality of 2 adults and 3 teenagers is towards true minimalism.

See also: The shortest river in China, only 90m long, but a place to visit of ancient kings