The beautiful Co Trai on the shores of China’s lake, the strange culture that considers the Chicken to be a god

Like a fairyland separate from the outside world, Bat Tich Co Trai brings an incredible beauty.

The land of Sichuan (China) is the intersection of many different ethnic groups, so it possesses an extremely rich and diverse culture.

A 2.5-hour drive from Pingyu County (Mianyang City), the Batxijia Guzhai is an ancient tribe that has been forgotten in the land of Sichuan but still flourishes and prospers in its own way.

The residence of the ancient Bach Ma ethnic group 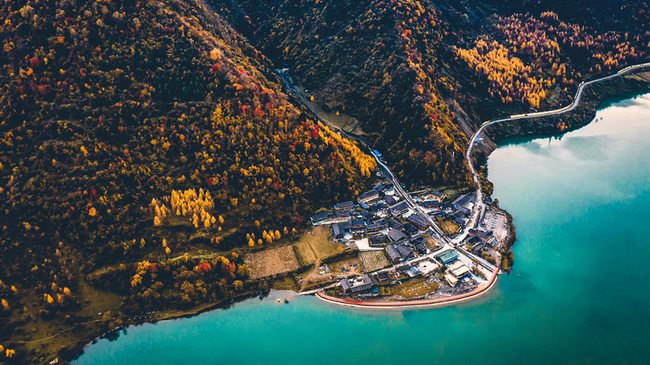 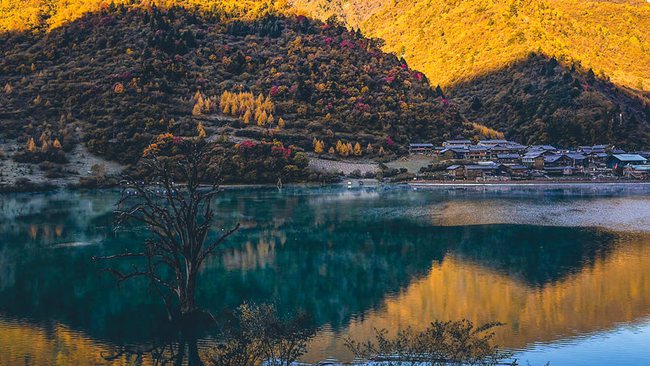 Bat Tich Gia Co Trai is located on the large Thien Mu lake, once inhabited by the Bach Ma ethnic group. Thien Mu Lake is calm and clear like a pearl carefully hidden in the deep forest.

Visitors have the opportunity to experience folk customs and discover the long-standing roots of the Bach Ma ethnic group when visiting Co Trai here. Four seasons with 4 completely different colors, the scenery at Thien Mu Lake is like adapting to the weather, each scene has its own unique beauty. Visitors can see the lake’s surface changing continuously all year round, even during the day under sunlight. Batxi Gia Co Trai has a simple ethnic style, imbued with traditional identity. The camp is located in a corner of Thien Mu lake, at the foot of the mountain. Simple wooden houses, rustic black tiles create a highlight of time.

When you step into Bat Tich Gia Co Trai on the bank of Thien Mu lake, you can feel the ancient ethnic culture from thousands of years ago. There are not many Bach Ma people living here. In addition to the wooden houses built in a unified style, visitors can find a few houses that have been plastered in a modern style.

In Co Trai, people consider Chicken as a god, quite interesting, isn’t it? It is believed that it will bring miracles and happiness. Just as the enemy army was about to arrive, all the pheasants in the village simultaneously rang, waking the people up and successfully repelling the attack of the Tang army. Since then, people consider pheasants to be life-saving benefactors. The ancestors of the Bach Ma ethnic group wore hats made from pheasant feathers.

Before is a lake, then a mountain, the people of Co Trai seem to live separately from the outside world. People live a self-sufficient lifestyle, growing their own vegetables, growing fruit trees, hunting animals in the mountains and fish and shrimp right under the lake. However, not to be backward compared to the world, Co Trai people have found a way to develop through tourism. In the homes of most people, there are basic electrical appliances, sofas, and wifi, but not quite as simple as before.