The oldest village in the world: the secret is very easy but also very difficult

These figures have been verified by science. According to statistics, out of 3000 people in Ogimi village, there are 15 people living over 100 years old, 171 people living past the age of 90. Japanese capital has been rated as the people with the highest longevity in the world, but the average life expectancy in Ogimi village is considerably higher.

And yet, the rates of heart disease, stroke and cancer among the residents of Ogimi village are among the lowest in the world. Doctors surveyed the health of Okinawans, especially the village of Ogimi, and found their cholesterol levels were lower than most other Japanese.

So what’s their secret? Haru Miyagi, an old man over 100 years old with a youthful appearance

Craig Willcox, a professor of public health and gerontology at Okinawa International University, says the Ogimi’s longevity is due to three main factors that combine: diet, lifestyle habits and genetics.

There is a phrase of the people in this village, which is nuchi gusui, which roughly translates to “food is medicine”. It is known that the people of Ogimi village prefer plants such as sweet potatoes and bitter melons, and sea foods rich in carotenoids such as seaweed, green leafy vegetables and fruits. They have an extremely high anti-aging effect. Even before 1960, people in this village used sweet potatoes as their main food, not rice.

A diet that is extremely rich in green vegetables and fresh fruits is also an effective measure to reverse cancer and heart disease. They also ate more fish than meat, and only ate to 80% fullness, not full stomach to maintain the best condition without fear of hunger.

Research has also shown that restricting high-calorie foods leads to longer lifespans in mammals. The reason is that a prolonged lack of energy activates enzymes that promote longevity.

Life on the island of Okinawa is different from much of the rest of Japan. The climate on the island is mainly subtropical, with mild winters and cool summers.

Besides, the society is set up so that the elderly residents keep the joy and motivation of life even after retirement, or ikigai. They will still work even in old age, such as weaving the local basho-fu cloth. Working is not only a way to maintain social activities but also gives them additional income and contributes to the family economy. 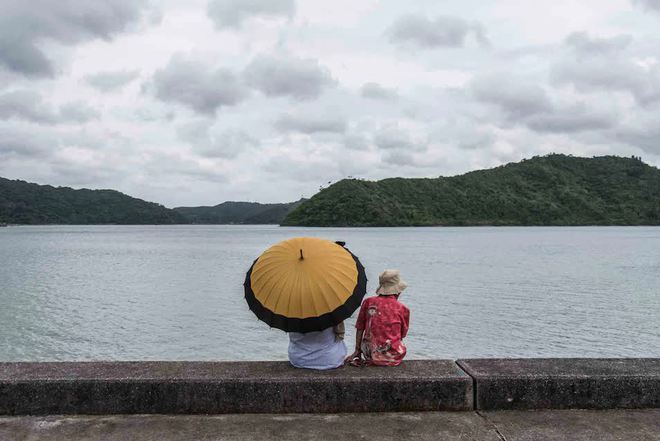 In Ogimi, nature is rich and beautiful, bringing a relaxed pace of life to the people

An optimistic, sociable lifestyle is also a method to help the people of Ogimi village live longer. Friends and neighbors in the community always support each other and are given opportunities to connect. In the village there are associations, community groups called moai, which bring together people with common interests, similar to clubs. 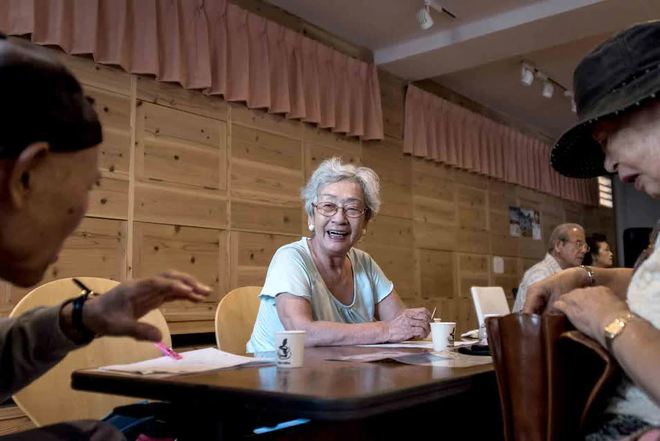 In an interview, Takashi Inafuku, an Ogimi resident, said: “I often discuss life problems with my friends, it helps me feel more comfortable, it can also make me live longer. I am also very afraid of feeling lonely.”