A recently released camera footage has revealed the truth about the hijacking of a civilian airliner in 2018.

Authorities at Seattle airport (USA) have released airport surveillance video both inside the terminal and off the runway, documenting the plane hijacking in 2018.

In the footage, Richard Russell, 29, who works as a baggage handler at the airport, is seen walking through airport security comfortably. About five hours later, Russell approached the runway and used a trailer to push a propeller plane back onto the taxiway. At this point, the air traffic controller began to sense that something was wrong and tried to contact the aircraft but received no response. After boarding the plane, Russell reported to the control tower: “Hey Seattle, I’m about to take off, things are going to be crazy.” 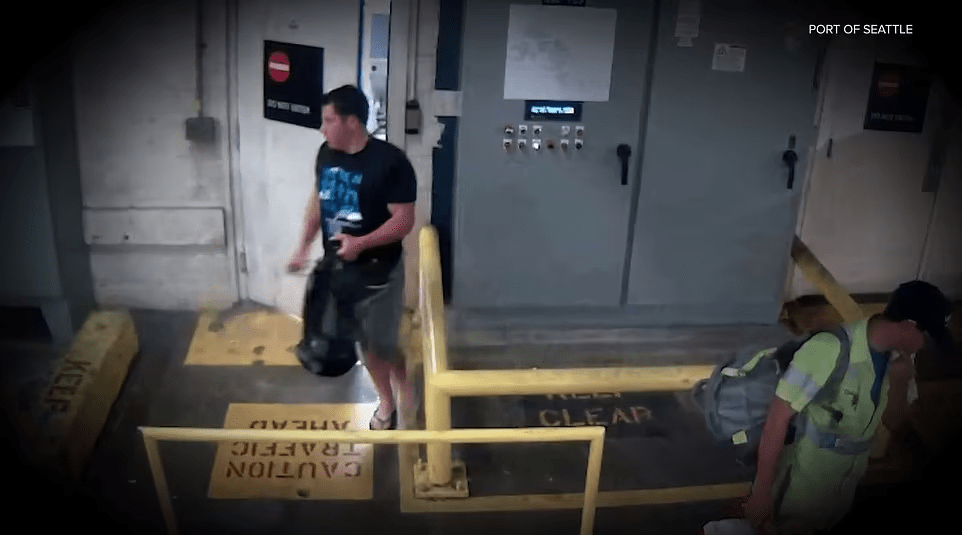 The next segment of the video shows Russell doing a few silkscreen maneuvers with the plane, where he says over the radio: “I’m in a pinch. I’m in the air now and I’ll just be flying around.”

Controllers tried to convince Russell to land safely, but the man didn’t care, he sometimes joked: “Hey, if I land successfully in Alaska, will you let me be a pilot? no?…Is this supposed to be a life sentence? I hope someone like me gets that sentence.” Scene of Richard Russell flying a plane to take off

After many unsuccessful dialogues, two F-15 fighters were dispatched to prevent Russell from taking extreme action. But only about 13 minutes after takeoff, Russell himself crashed the plane into an island 48 km from Seattle airport.

At the time, Police Chief Paul Pastor described the incident as ‘a fun run that went horribly wrong’ and Russell ‘did something foolish and cost him his life’.

Eyewitnesses described Russell manipulating the sewing machine into several inversions. Military planes were trying to navigate the civilian plane away from populated areas. The FBI said it found no evidence that Russell had ever received flight training, and that he only learned how to start the plane via online video. In the cockpit voiceover, Russell also tells the air traffic controller that he doesn’t need much help flying the plane because he’s used to playing a few video games before.

The FBI ruled that Russell acted alone, with no indication of terrorism or crime.