Wife spends 550,000 VND in 25 days, man still wants a divorce because he thinks his wife is too wasteful

With an amount of about 550,000 VND to spend a month, this man’s wife has spent all of these 25 making him want to divorce to get a new wife.

A few days ago, Twitter users were “give up” with a man, when he posted an article to express his displeasure with his wife’s way of spending money, and wanted to Divorce to find a new wife who is better than the current spendthrift wife.

“Should I divorce her and marry someone else?” asked the man. According to this man, every month he will give his wife 350,000Rp = 106.37RM (about 550,000 VND) as an expense for the whole month. But she always spends it all on the 25th. In addition, the wife is also irritable and shows a bad temper when asked by her husband about her spending habits.

Therefore, he feels that he is too bored with his current “wasteful” wife and wants to divorce and find someone else who can save money. The post that followed attracted a lot of attention and contrary to the man’s thoughts, most netizens expressed injustice on behalf of the wife, especially in this inflationary period. . Many said that the amount he provided was not even enough to cover any expenses for a month, while to buy a refreshing cold beer cost Rp50,000.

Some outstanding comments from netizens: 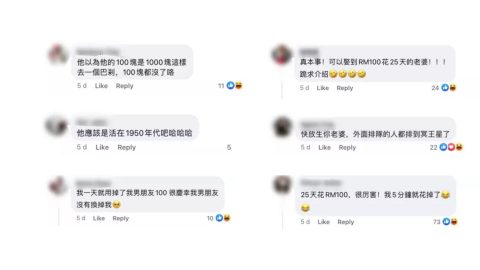 “Please let go of my wife.”