And the monster can also turn into absolute evil without having to kill Saitama. This chapter is well-deserved and is at the height of its storytelling. So here’s everything there is to know about the next plot in One Punch Man Chap 169. One Punch Man Chapter 168 begins with Saitama repeatedly throwing punches using Garou using the portal. With Genos’ heart in hand, Saitama was venting all his rage against the monster. But he noticed that all his moves were being copied by Garou. But Garou’s plan failed because each attack was stronger than the last. He then thought if this continued, one of these punches could kill him.

Chap then explained that Saitama had not experienced such uplifting emotions in the past. So his power level has increased to an insane level. And this is the moment Saitama accidentally lets out a severe Sneeze that blows away the entire planet Jupiter. But then, Garou also gathered all his strength and punched Saitama on another planet. Without thinking much, the man began to celebrate his victory. But it’s clear that Saitama is not dead. Grief finally dawned on him, and the hero recalled that he had promised Tareo that he would defeat Garou without killing him. A defeated Garou then asked Saitama to help him as he was unable to kill him. He wants the hero to unleash his power and go beyond. Chap’s last act sent both Saitama and Garou to a temporary dimension.

“My Fist” is the power of Garou’s Future projection that sent Saitama back in time. And so he delivered the final punch that led to the defeat of Absolute Evil. This chapter ends with Genos punching his master thinking he’s dead.

One Punch Man Chapter 169: What will happen next?

The next chapter of One Punch Man will return to the events leading up to Garou’s death. The outing will examine the consequences of Absolute Evil’s departure. And Saitama finally defeated Garou of Cosmic Awakened. From Genos’ death to Jupiter’s destruction, all events were reversed after Saitama and Garou used “My Fist” to travel back to a time before Saitama’s wrath was activated. 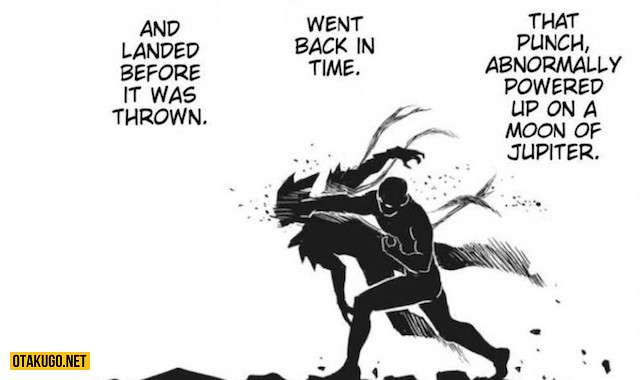 And now, the final meeting between Genos and his master will take place. But Blast and Bang will surely mourn Garou’s loss in One Punch Man Chap 169. In addition, Murata has other plans to continue the Monster Association Section with other actions and fights.

“Awakening Of The Gods” is a chapter many fans think they don’t deserve. But Murata blew everyone’s mind with this chapter. So, One Punch Man Chapter 169 Will be released next Thursday. The expected release date is August 4, 2022. Fans will be able to view all the chapters of the manga only on the official OPM sites. Finally, stay in touch with The Anime Daily to get all the same updates.