Super drought in the US: Terrible scene like a desert

Reports and satellite images show that the great lakes in the western United States have dried up alarmingly due to prolonged drought. 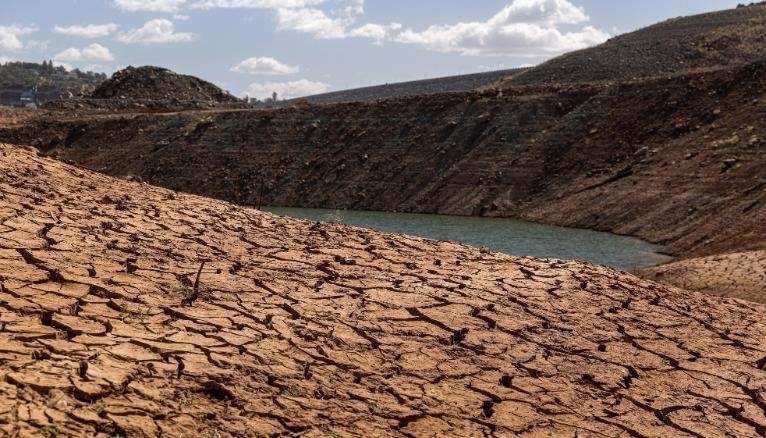 The Daily Mail has released Sentinel-2 satellite images showing alarm conditions for reservoirs stretching from California to Utah and Oregon. Accordingly, 89% of the western United States is experiencing severe drought. The period from 2000 to 2021 was the driest period in 1,200 years in the western United States. And many signs suggest that this extreme climate situation will continue this year. Determining the cause, experts point out, the human-caused climate crisis made the super drought 72 percent worse. It is humans who have directly negatively impacted fossil fuel burning activities, adversely affecting water resources and leading to long dry months in this area.

For example, in the city of Los Angeles, last December’s rainfall was only nearly 250mm and this is the highest number of this city in that whole year. By January this year, the situation is even worse when the rainfall here is less than 25mm.

According to a report by the US Drought Monitor, 56% of the country is facing drought, an unprecedented rate. The US National Oceanic and Atmospheric Administration (NOAA) also rated “the first half of 2022 as the hottest period in US history”.

The AP news agency once again confirmed that the cause of the drought is man-made climate change. The prolonged drought caused the lakes to almost dry up, and even the bottom of the lake was peeled and cracked.

California’s largest reservoir – Lake Shasta has just over 40% of its original capacity left.

Lake Powell is below 35%, much of its riverbed visible from the shore.

Folsom Lake – once a popular tourist destination, now has just over 30% of its water capacity.

Lake Mead — a reservoir formed by the Hoover Dam on the Colorado River in southern Nevada — is at an all-time low at just 34.7 percent. In particular, at low tide at this lake, two human skeletons and countless dried fish carcasses were seen. This place also accidentally became a graveyard of forgotten and stranded ships. Local people sit and play on the lake bed with shipwrecks. Photo: AP A formerly sunken boat lies in a field by the water in Lake Mead. Photo: AP 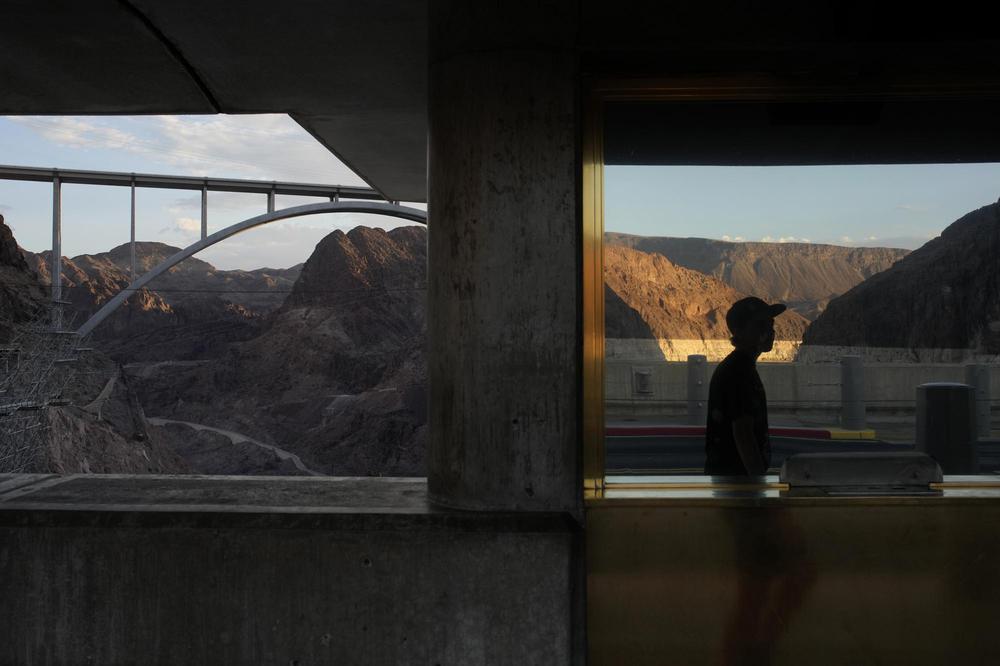 A person is reflected through a window as they pass the Hoover Dam in Lake Mead. Photo: AP 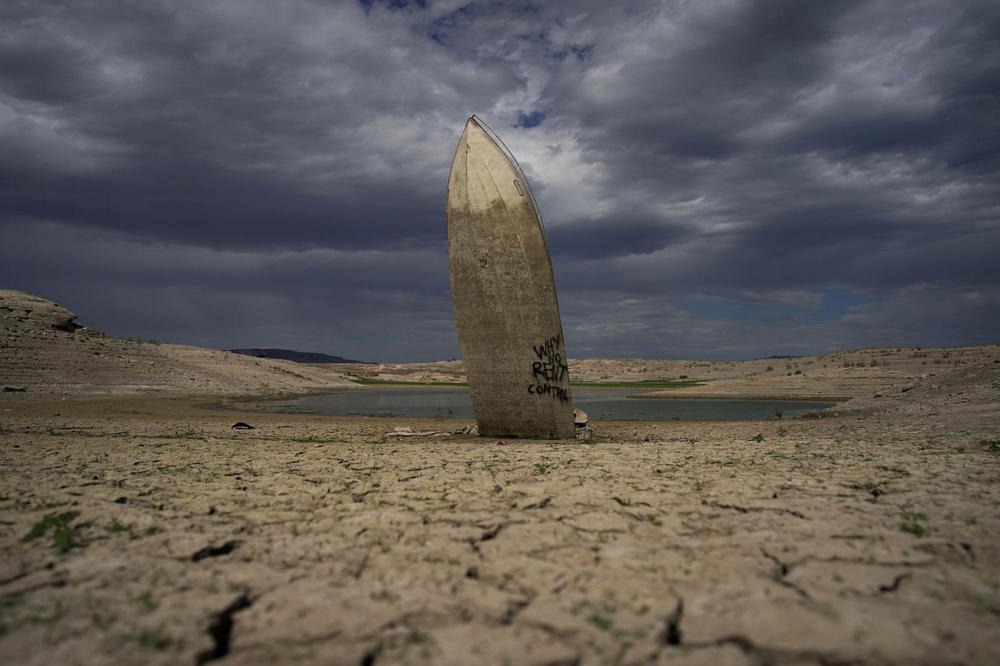 Prolonged drought or persistently falling water levels will not only severely affect future water availability, but will also force boaters to navigate away from shallow waters, islands and sandbars. lurking below the surface.

Indeed, Craig Miller recounted, he was driving his boat on the lake when there was an accident, so he had to abandon the boat and swim ashore. Within a few days, after returning to inspect, Craig was amazed to find that the water where he had left the boat had dried up. 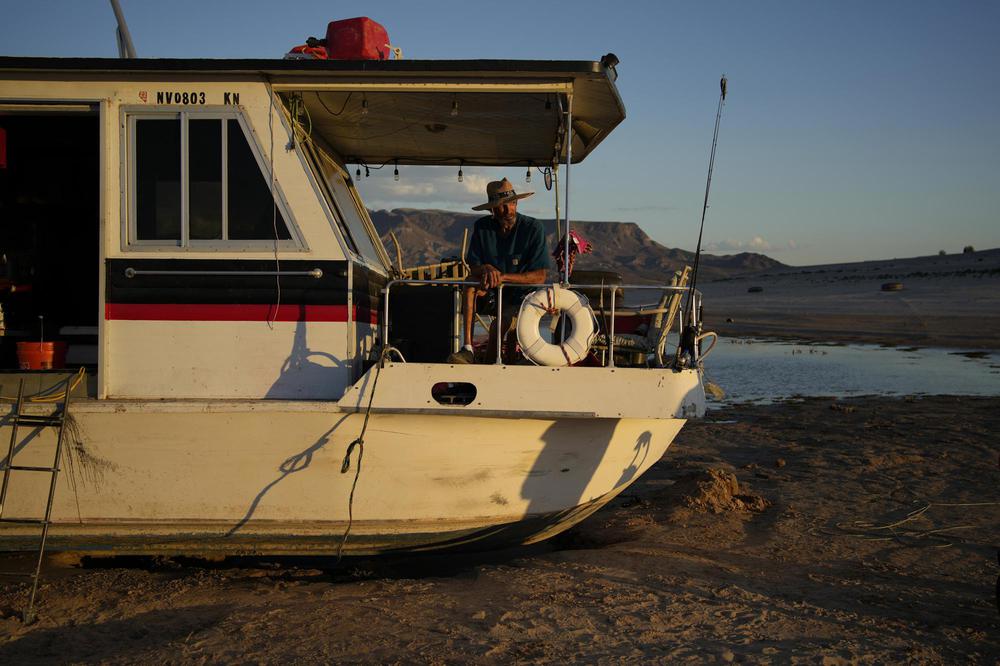 “Amazing, my boat was even surrounded by mud.”

The National Oceanic and Atmospheric Administration (NOAA) warned that the drought will continue to be prolonged, accompanied by heat and high temperatures across the country, and increase the degree of dryness in the states. suffered a great drought.